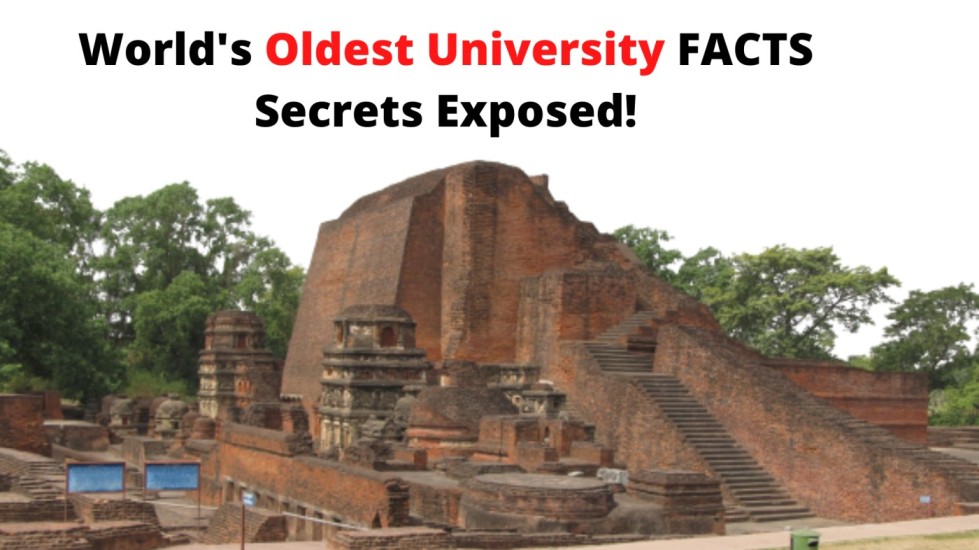 One of the most famous oldest universities in the World Nalanda University was founded in the 5th century built by King Kumargupta son of Chandragupta II. University is located about 95 km southeast of Patna. The Nalanda University obtained significant fame prestige and relevance during ancient times. Veda, astronomy, grammar, logic, etc were studied at Nalanda University. It was one of the greatest centers of learning in the world from the fifth century to 1200 century today it is a UNESCO World Heritage Site.

Nalanda was a completely residential university believed to have 2,000 teachers and 10,000 students. The architectural components of Nalanda ruins reveal the holistic nature of knowledge that was sought and imparted at this University. It is one of the best examples of our ancient prosperous culture and value of study at that time. The origins of the scholastic institution in Nalanda date back to the 5th century CE and it served as a highly recognized seat of learning for an uninterrupted duration of 800 years. The university thrived under the patronage of the rulers of the Gupta dynasty during the 5th and 6th centuries.

It continued to flourish under Emperor Harshavardhan of Kannauj in the 7th century as well. The growth and the popularity of the university continued until the 9th century, after which its gradual decline started. This decline was primarily due to the establishment of four other seats of Buddhist learning in the same region under the Pala Empire from the 9th century to the 12th century. Historians assume that this great center of learning was ransacked and destroyed in the 12th century by Bakhtiyar Khilji of the Delhi Sultanate, which led to the total decline and abandonment of the institution.

The good news is that there have been plans to revive it for many years and presently the university is in action with two departments. It all started when our former president late Dr. APJ Abdul Kalam visited the ruins of Nalanda University during his tenure and mooted the idea of reviving the university with the same glory and standards of the ancient seat of learning to the central government and the proposal got approved with the initiative of state government and central government the renewal of Nalanda has been started also by the help of other countries we are working on boosting up the University again.