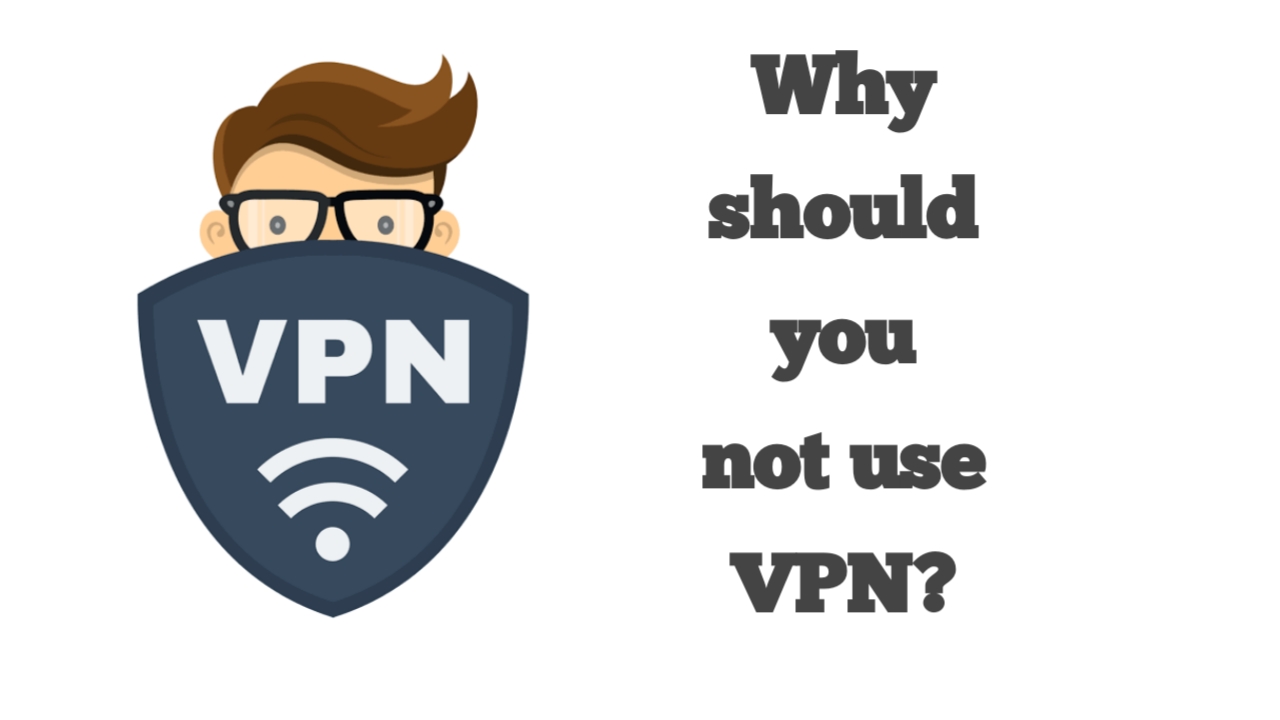 VPN stands for virtual private network, is an encrypted connection over the Internet from a device to a network. It helps to ensure that sensitive data is safely transmitted. It prevents unauthorized or unknown people from monitoring the traffic and allows the user to conduct work remotely.  VPN technology is widely used in corporate environments.

How does VPN works?

A VPN extends a corporate network through encrypted connections which is made over the Internet. Traffic remains private as it travels because the traffic is encrypted between the device and the network. An employee can work outside the office and still securely connect to the corporate network. Even smart phones and tablets can connect through a VPN.

Among the many advantages of VPN which provides you online privacy, there are many disadvantages that you have to be aware of before using any VPN service. This is true especially for the first time VPN users.

Why you should not use VPNs?

Using VPNs might create performance issues because the private network connection works by connecting your network to a private server before you can access the website that you want to visit, so that might create a performance problem in the process. Few virtual private networks take longer time to contact the private servers, which ultimately result in a longer time for you to load the website that you access.

Your Activity and Data is monitored by VPNs

Almost 60% of private network services will allow you to use their private servers in exchange for your data. However, there are cases where the data is being monitored by the VPN companies from their users for their own advantages. The private network companies might help in diverging your internet restrictions and hide your IP address, but in reality they might actually do the tracking of your data instead. You should always be aware of the VPN services that offer their private connection for free or for a very low price because they might log your activity.

The virtual private network is a premium private connection service that one has to pay separately apart from their regular network connection or ISP. One has to purchase additional router hardware, if they want to use VPN router which is used alongside your VPN connection. So, this will charge you money. There are many private VPN connections which costs free but they have many restrictions and limitations and moreover they are not reliable. So, this one such reason where you cannot use VPN service as it is very expensive.

VPN Can Slow Down Your Connection Speed

A VPN keeps your connection secure by encrypting all your online activity, but this can come at the price of a very slow connection. If you add a VPN connection, then you’re adding a layer of privacy through VPN server. You are accessing the website via your VPN provider rather than accessing it directly. Although this allows you to hide your IP address and encrypt your data, this also means, data has to travel more and with added complexity. If your VPN is not powerful enough, your internet can get very slow. This affects primarily when you need a high-speed internet for streaming or downloading etc.

An unwarranted sense of online impunity

Many people believe that the VPN connection makes them completely anonymous and unaffected by malware. This is false assumption because they are untouchable on the internet. Even with a strongly encrypted and stable VPN-connection, you might:

VPNs make sure your data is encrypted, your IP address is hidden and that you can gain access to content that was previously unavailable for others. But if a hacker or an intelligence agency wants to find you down, then they use other ways to identify you besides your IP address. Your IP address is just the first clue they might search for. As such, a VPN connection is anything but a license to participate on derogatory, illegal or reckless behavior on the internet. Always use your common sense and be careful.

VPN isn’t legal in all countries

Many consider it suspicious, but, still the use of a VPN is legal in most countries. Most of the big companies and corporations use a VPN as part of their security. There are some exceptions though. Some countries want complete control over the activities of their citizens on the internet. It can be used to bypass government censorship. So, it is illegal in some totalitarian countries.

Free VPNs are worse than all

Most of the people tend to choose a free VPN service. There is nothing wrong with this at all. Though, we believe many free VPN providers were designed to provide the average user with more privacy and anonymity on the internet, but unfortunately they are designed up solely to make money.

VPNs are not in the business of selling a VPN service but selling your personal data to third parties. When a person uses a VPN service he will route the traffic through his servers. You pay them a subscription fee, they encrypt your data and they promise not to log or store all your data. But, many free VPN services earn their money by selling your data to companies, call centres. So, it is better to not having any VPN service at all and instead installing an Ad blocker or some other security features.