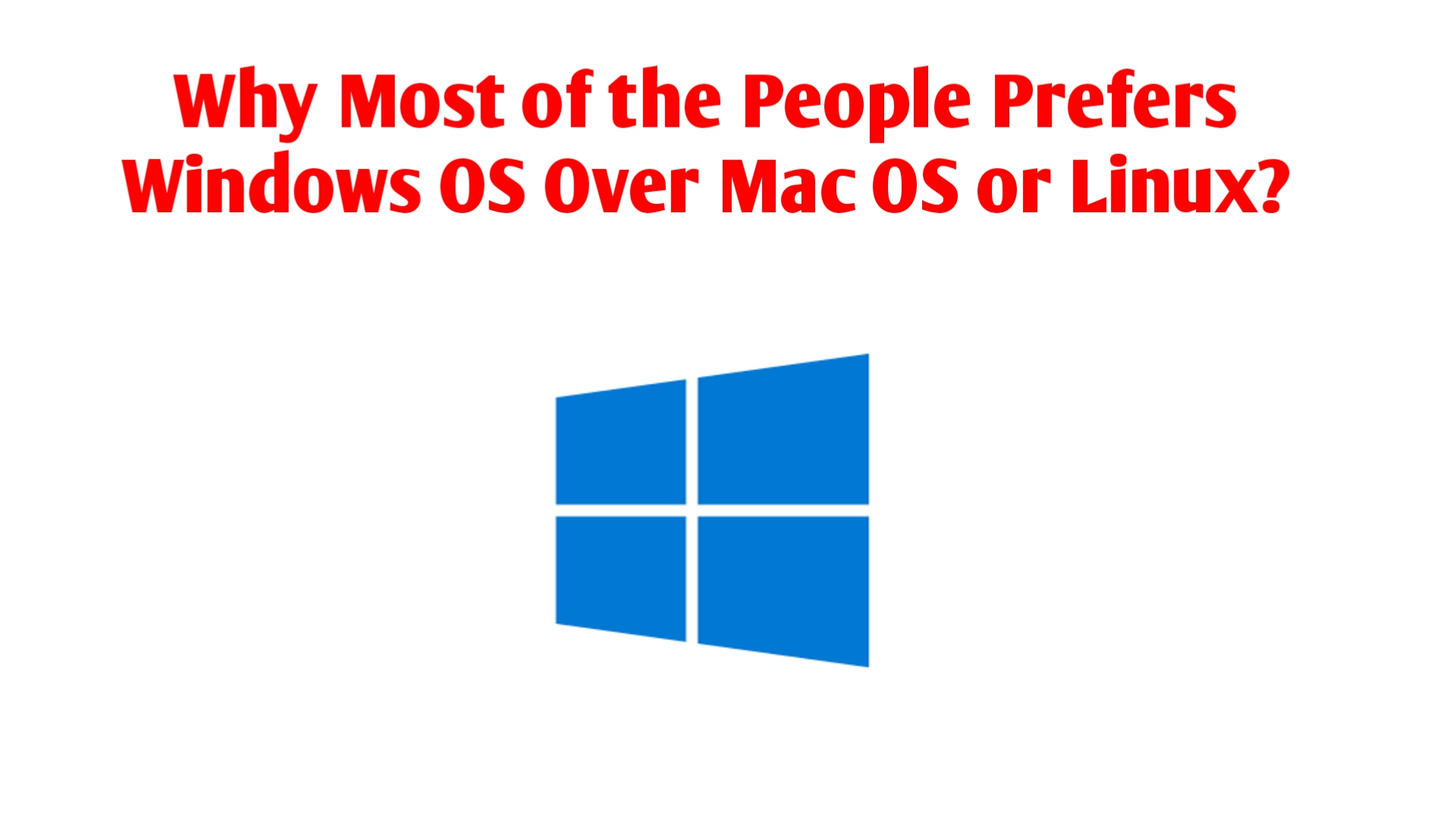 Choosing the correct operating system is a major concern as it is considered to be the backbone of any operating system. Without it, the user and system cannot interact. It acts as a mediator between the both, there are a variety of operating systems available in the market ranging from different cost, security, work interface, smooth functioning, and all. Some of the most used operating systems are Windows OS, Mac OS, Linux. People use them according to their will but which one is the best and the most used is the question. So before deep-diving into the popularity of these operating systems, let’s talk about these three OS in brief.

Finally, it is up to the users to what they use but as we can see windows OS is the most preferable OS to Linux or Mac OS.

2 thoughts on “Why Most of the People Prefers Windows OS Over Mac OS or Linux?”