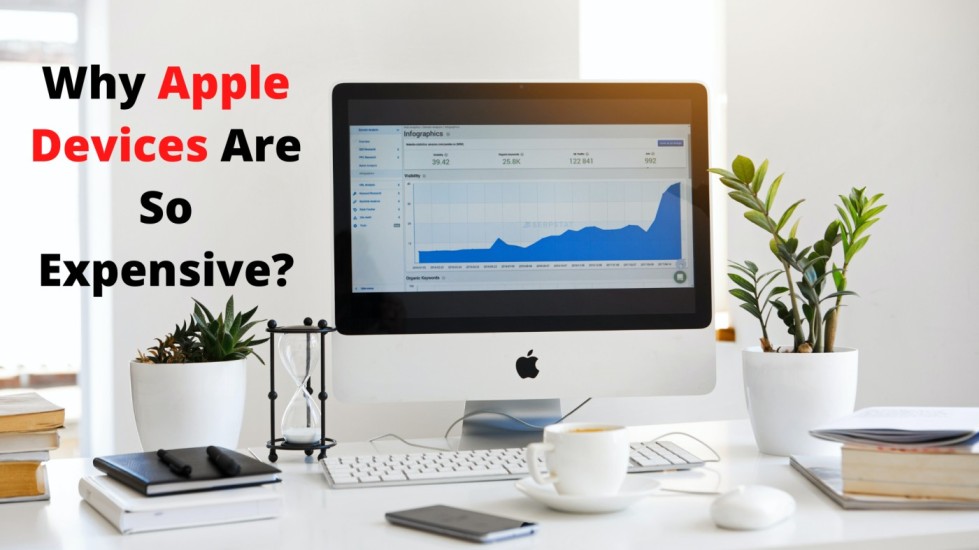 People adore Apple’s events even though they can’t expect anything personally from them. That’s nice of them!

What’s the reason for Apple products’ high price? Did you ever wonder why? What makes an iPhone or a Mac so special?

This is not referring to teens who don’t realize why they need an Apple product in the first place. These brats don’t know anything and just need the logo.

Professionals and businessmen in the real industry are what I’m talking about. Are these professionals so dedicated to Apple that they own its entire ecosystem?

The iPhone’s price warrants the features it offers? What is the reason for this company’s price increase?

What Makes Apple Products Expensive? Here Are a Few Reasons!

However, Android comes with a readily available and almost free operating system from Google. During this time Apple is developing the OS solely on its own. When compared to other Android brands, it’s very expensive.

Apple charges heavily for its products while Google gives Android away for free? Actually, no.

Installing Android on smartphones seems to be completely free for consumers and manufacturers alike. For manufacturers to use the Google Play Store, however, they must purchase a license from Google.

Google licenses are crucial to Android companies. It is cheaper to manage Google’s sites using economies of scale.

Android is a free and open-source operating system. Managing Android is not necessary for Google. When it comes to Apple, everything is run by the company itself. As a result, the users pay directly to them.

Middle-class and poor people were never targeted by Apple. A top lifestyle and luxury brand, it has successfully built an image of superior quality.

Market positioning is integral to a brand’s success.

As an example, Xiaomi offers the most value for money while OnePlus serves the budget market well.

Various strategies are implemented according to Microsoft’s target audience.

The Apple brand also manages to differentiate itself as a premium brand.

Apple products are automatically associated with a luxurious lifestyle, such as the iPhone or Macbook.

Budget smartphones were mocked with that deceptive advertisement. Price ranges in this range are not budget-friendly.

Mid-range and budget Apple products have never been offered. Brands like this have always ranked among the best.

Due to this, all celebrities, actors, businessmen, etc, involuntarily promote the brand.

Even the villains in movies are not allowed to own an iPhone due to Apple’s obsession with its image and positioning.

Innovation and research are not a priority for all brands. There is a reason why Apple is included in the Big-5-Brands.

Apple must first work on their hardware before they work on their software if it wants to provide consumers with something they will like. Despite what you might think, this is not the end.

For the product to be fully optimized for the ecosystem, it will need to be built from scratch.

As an example, it has its own Safari web browser. The Windows version of Apple’s software was being developed. In 2012, TechCrunch reported that the development had to be scrapped.

Though reasons are unclear, there is no doubt that Apple would not experience this challenge if it were any other company working on Windows. It is difficult to optimize for cross-platform use.

The Apple ecosystem contains many subsystems. There is seamless integration between the products.

A tablet user can simply switch from a web browser on their iPhone to read the same internet article.

You can also receive calls and notifications from your iPhone when your Apple Watch is connected to it.

Are you wearing Airpods? Nothing to worry about. Pick it up with your Airpods by connecting it to your Apple Watch.

Applications and software are optimized too, not just hardware. Apple is a perfect fit for anyone who requires high levels of productivity. Therefore, Apple ecosystems are preferred by computer professionals.

The connected world means everything from the iPhone to the Mac, Apple Watch, iPad, iTunes (Music) will be connected to one another. You, therefore, experience the magic of great compatibility and the synchronization of the data.

Because it is owned by two different companies, it is absent from Android + Windows. Therefore, there is a discrepancy.

Because of seamless compatibility, the Mac ecosystem is popular with businesses and individuals who genuinely need it for their businesses.

In other words, Apple knows well that people will still purchase their products even if they are expensive.

In conclusion, there is no doubt that this is the crucial factor. It is a well-known fact that Apple products will still be bought even if they remain expensive. According to my earlier statement, there are two common reasons for this: Apple branding as well as Apple’s ecosystem.

It will still attract its core user base because it is an incredibly unique product maker. Consuming the maximum amount of profits seems audacious because of this.

You now know the reasons for the high price of Apple products the next time you wonder.

Apple is undoubtedly an expensive deal, but the company also has its own audience, so we can’t bear to complain about it!