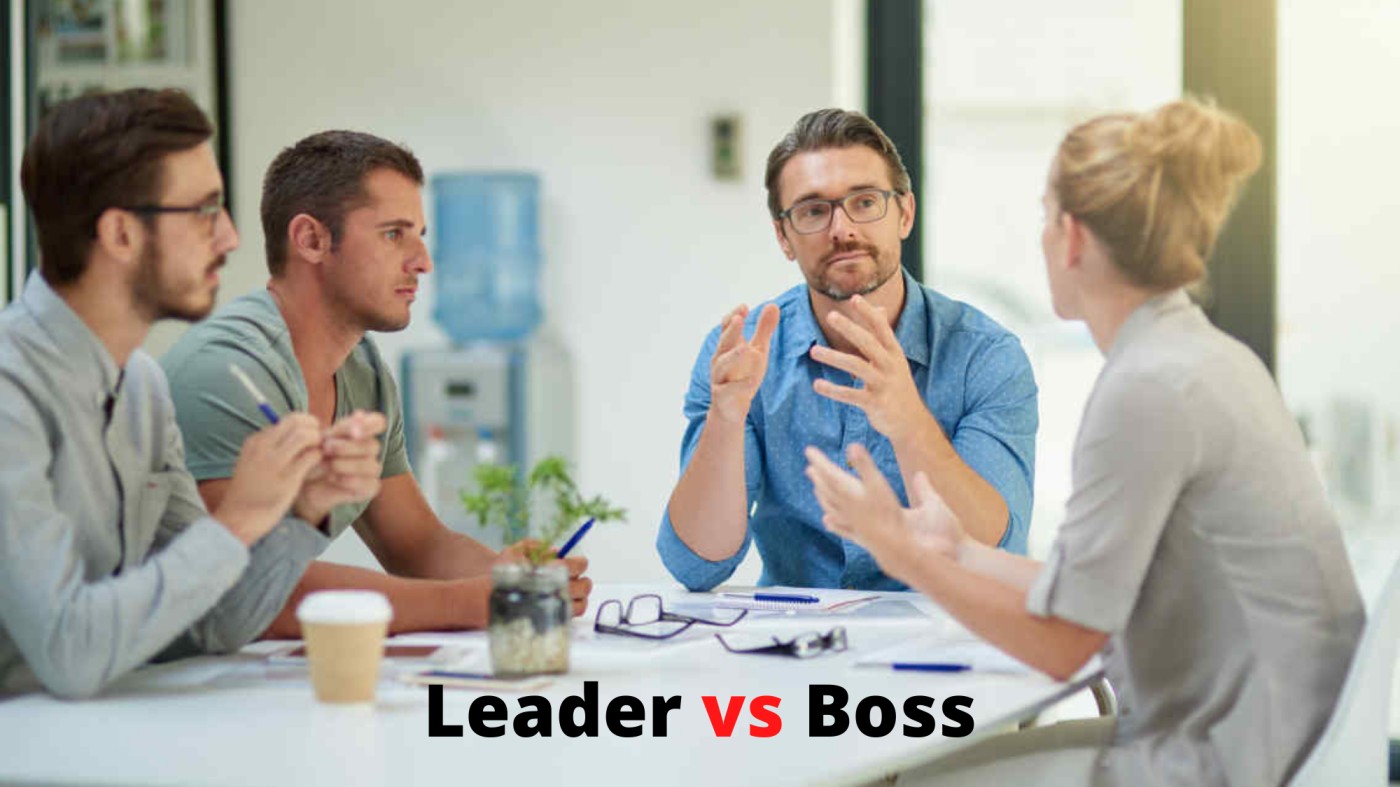 “People ask the difference between a leader and a boss. The leader leads, and the boss drives.”

Understanding the leader-boss dynamic is crucial for personal and professional development. No one sets out to be a bad manager. Bad bosses, however, are a problem in American workplace culture, according to studies. According to an Office vibe survey, three out of four employees say their worst part of their job is dealing with a poor boss.

It is critical to develop as a leader since a firm cannot be genuinely impactful without leaders at all levels. A well-versed leader can generate results, boost organisational growth, and multiply leaders throughout the business. These are the folks who start a chain reaction of positive consequences that eventually leads to a better society. Take a look at the qualities, features, and differences that distinguish great leaders from those who aren’t to learn how to make the shift from being a boss to becoming a leader.

Bosses frequently serve as managers by ensuring that employees stay on track and accomplish their monthly goals. Although this isn’t always a terrible thing, it’s a long way from being a leader. In fact, there are numerous distinctions between management and leadership, particularly when it comes to accountability. Bosses work to ensure that others are held accountable. Leaders are accountable to themselves. Leaders, on the other hand, try to foster a feeling of self-accountability in their teams. Workers learn to manage themselves when a true leader is at the head. As a result, teaching accountability is a great method to boost employee confidence and support.

One of the key differences between a boss and a leader is where they spend their attention. For employers, it all boils down to the present moment. They require immediate results, no matter what it takes. Many supervisors place a premium on results and profit, frequently at the expense of the individuals they supervise. Leaders, on the other hand, concentrate on how individuals achieve their objectives. They still desire good results, but they want to get them by assisting others in making positive changes. Leaders focus on long-term solutions that will make a difference, rather than hasty fixes that may cause more harm in the long run.

Bosses Delegate Everything, While Leaders Collaborate

Leaders consider themselves to be members of a team. Their success is contingent on the team’s success. As a result, leaders emphasise collaboration, including their own participation. Leaders collaborate extensively with others, assisting them as needed and involve team members in decision-making.

This is not at all how a boss behaves. When it comes to managers, they frequently distribute important responsibilities and tasks while remaining hands-off until it’s time to review the results. While delegation is occasionally required, supervisors rarely get involved in minor issues and may even become upset if employees seek explanation or assistance.

Another distinction between a boss and a leader is their drive to learn. Too many employers believe they already know everything and don’t need to learn anything new. They believe they are the experts who have all the solutions. When confronted, they generally use their authority as proof that they are correct.

Leaders, on the other hand, strive to learn more every day. They’re open to new ideas, regardless of where they come from. As a result, they’re able to come up with innovative answers to challenges and expand their horizons. Great leaders are born from this open-minded approach.

On that issue, leaders set themselves apart from bosses by always supporting open communication. Good leaders don’t just offer words of encouragement and counsel; they also listen. They recognise that everyone with whom they work has something valuable to contribute, and they make certain that their voices are heard.

Bosses have a different philosophy than employees. They just instruct others what to do instead of listening. As a result, communication takes place from the top down. They refuse to consider fresh ideas and refuse to listen to what others have to offer. Many people regard their managers as a dead end and simply communicate with them the bare minimum.

Can a Boss Still Be a Leader?

When considering the leader vs. boss debate, it’s crucial to remember that the two roles can overlap. Leaders can emerge from almost any part of a corporation. Their power isn’t derived from their job, but that doesn’t rule out the possibility of “bosses” becoming leaders. Bosses may become outstanding leaders in their firms by finding the proper motivation, promoting greater communication, wanting to learn more, and looking for ways to improve. When this occurs, the distinction between a boss and a leader vanishes.

Bosses have a habit of expecting too much from their subordinates while expecting too little from themselves. On the other side, leaders always lead by example. Leaders “pave a route for their team to follow,” as Tony Robbins puts it. They collaborate, listen effectively, hold themselves accountable, drive themselves with their principles, and seek self-improvement. Make an effort to become a great leader if you want to avoid becoming a bad boss.