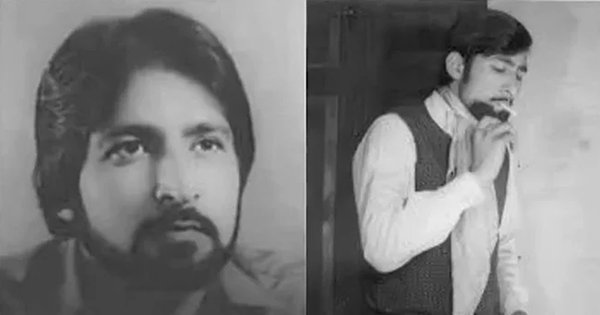 There are lots of unsung Indian heroes who stand up and fight and have given everything to our country but they never get noticed or we can say they never got the credit for their sacrifice. Some get the spotlight and some stay in the dark and contribute just as much as the others. One such remarkable story is of Ravindra Kaushik aka Black Tiger, who went undercover for RAW (Research and Analysis Wing) at a very young age. Ravindra Kaushik was born on 11th April 1952 and brought up in Sri Ganganagar, a small town close to the Pakistan International Border.

His father JM Kaushik was an ex-Indian Air Force Officer, so patriotism was in his blood. After completing his schooling at a government school in Ganganagar he went to a private college named SD Bihani College in Ganganagar and pursued the course in B.Com. He was a teenager when there was a war going on between India and Pakistan in 1965-1967, instilling in him a sheer level of patriotism. While Ravindra was in college he developed his interest in acting. He used to do lots of dramas and theatres and was very famous for his mimicry and his personality.

Reports state that RAW noticed Ravindra after they saw his love for theatre, where he performed unique characters with perfection as a teenager. Kaushik displayed his talent at the national level dramatic meet in Lucknow, Uttar Pradesh, which was witnessed by the officials from the Research and Analysis Wing (RAW) India’s external excellence agency. The officials contacted him and offered him to work as an undercover agent of RAW. Things took strange turns, and he became an undercover RAW agent overnight.

He went through extensive training in Delhi for two years. He underwent circumcision so he could pass as a Muslim and was taught different languages like Arabic, Urdu and was given religious education as well. Along with that, he became acquainted with topography and other details about Pakistan. Being from Sri Ganganagar, a city near Rajasthan’s border with Punjab, he is well versed in Punjabi, which is spoken in many parts of Pakistan.

Before sending him to Pakistan, they sent him to many countries for trials. Ravindra Kaushik was told not to disclose his work to any of his friends or family. In 1975, they sent him to Pakistan for a long-term mission to get authentic vital information from there. He converted to Islam and changed his name to Nabi Ahmed Shakir. He lived in Islamabad and successfully took admission to Karachi University. He then completed his LLB from Karachi University and joined as an auditor in the Military Accounts Department of the Pakistan Army.

Reports say that he married a local girl named Amanat, the daughter of a tailor in one of the army units and became a father of a girl. From 1979 to 1983, while in military service, he passed on valuable information to RAW, which was of great help to the Indian defense forces. They gave him the title of “Black Tiger” by then home minister S. B Chauhan.

He collected and passed a lot of valuable information to India while in military service in Pakistan. He informed every move made by Pakistan Army to India and Indian Army could resist them because of the information passed on by Ravindra Kaushik. During his tenure in Pakistan Military from the period till 1983, he passed important information to RAW, which was of immense value. He passed all the strategies planned by Pakistan during the wars against India.

It was all going well for Kaushik until in 1983 RAW sent their low-level operative Inayat Masih to Pakistan tried to get in touch with Ravindra Kaushik but the Counterintelligence Bureau of Pakistan caught him and revealed the true identity of Ravindra Kaushik. Kaushik was caught, and he was tortured at the Interrogation Centre at Sialkot for two long years and after that, he awarded a death sentence in 1985, which later converted into life imprisonment.

They kept him in various jails including Sialkot, Kot Lakhpat, and Mianwali jail for 16 years. He secretly sent letters to his family telling about his poor health condition and the trauma faced in a Pakistani jail. In November 2001, he died because of pulmonary tuberculosis and heart disease in Central Jail Mianwali in Punjab, Pakistan and died as an unsung hero.

After this, the Pakistan Government also tortured his wife Amanat and his family. According to Ravindra’s family, the Indian government refused to recognize him and did not help him. His family also claimed that the movie Ek Tha Tiger, which was released in 2012, was based on Ravindra’s life and asked for the credit in the movie title for Ravindra. This was the story of one of the many Unsung Heroes who contribute their entire life to protect this nation, yet they are with no recognition.