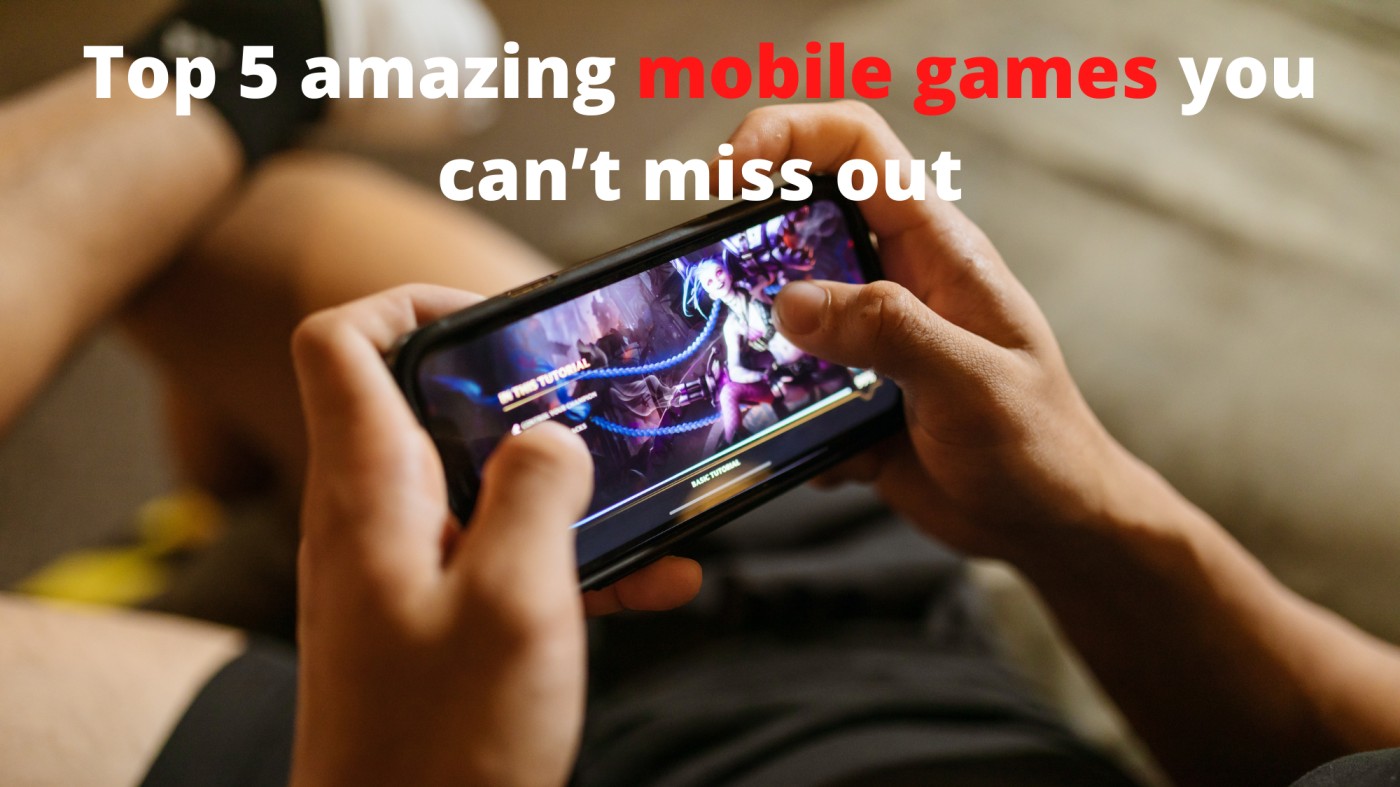 Mobile games have been improving and evolving a lot in the past few years. Google’s play store and Apple’s app have games that seemed to hit new heights every year. Mobile games refer to games played by either single or multi-players via online mobile devices. There are many good games which no one can resist. Mobile games are predicted to play a significant role in future mobile services. Playing these games certainly helps with depression, relieves stress, can also, create a general good feeling, and helps in interacting with new people around the gaming community. We are seeing more and more game releases every year. Every game creator wants his/her game to be the number one mobile game in the world. Here, is a list of the top 5 most popular mobile games you must try. With that been said let’s not delay anymore and just get to the list.

Beyond the Wall – Everyone is familiar with this popular series that broke many records. Although there was some disappointment with the season 8 end, people still loved the show. Behavior Interactive launched the Game of Thrones: Beyond the Wall game in partnership with HBO and Gaea, this year. Before that, the game was in beta using phase, but some of the details were publicized by the Game of Thrones community members. The game is entirely focused on the Night’s Watch and the mystery beyond the wall. In the game, a player takes command of a castle of the Night’s Watch to defend Westeros, recruiting unique characters from the Seven Kingdoms and beyond.

Players will also experience the journey to find Blood Raven (as the fan knows by the Three-Eyed Raven) to find him when he disappeared beyond the wall. The player can take on the role of Lord Commander, to build the heart of moment-to-moment gameplay. There is also a significant meta-layer to the game, where players can they can not only enlist characters but also send their Ravens far and wide. The players can also explore the Haunted Foust in search of a Weir wood tree. This game has the potential to be one of the most outstanding mobile games ever.

Players Unknowns Battlegrounds (PUBG) is the world’s number one mobile game. It is an online multiplayer Battle Royale game developed and broadcasted by PUBG corporation, a subsidiary of South Korean video game company, Bluehole. The game is based on the formerly mods “Player Unknown” by Brendon and is inspired by the 2000 Japanese movie ‘Battle Royale’. Now it is a standalone game which rose to be the most popular mobile game in over 100 countries.

In the game up to 100 players’ parachutes are dropped on an island, from there they have to scavenge for weapons and equipment to kill others while avoiding being killed themselves. The size of the map also decreases over time, making players play into a tighter area and enforce encounters. The last player or the team wins. This game can be played on any of the platforms such as iOS, Android, Xbox one, etc. There was also a PUBG Lite edition released, but it was shut down later on 29 April 2021. But on june 17th they released beta version of their new updated game BGMI for India

Call of Duty also known as COD is ruling the gaming community with more than +500 Million downloads. It is a free-to-play shooter video game developed by TiMi Studio and published by Activision for Android and iOS. The game was released on 1 October 2019 generating over the US $480 Million in the year itself. The graphics, smooth gameplay, and favorite maps work like a charm to the players.

A “Zombies” version was also added to the game and was followed by the classic Call of Duty Zombies “Survival” formula, where the players have to fight endless zombies and survive longer. A new map is also included named ‘Summit’. The game is easy to play but hard to master. There is the realism of elements in the game like drone strikes, gun recoil, augmented reality crosshair scope, making it an absolute win. On March 25, 2020, COD: Zombies mode was eliminated as the mode did not fulfill Activision’s standards.

Another popular web series that has gained success and popularity. This game was released on October 4, 2017. The game is developed by BonusXP and is published by Netflix. The genre is ‘Adventure’. You can run this game on the platforms like iOS ad Android. The chronology of this game is Stranger Things 3: The Game. This game event takes place after season one and before season two. The gameplay is an action-adventure game and allows you to explore Hawkins and its nearby areas. There are two game modes: Normal and Classic. You can solve mysteries, collect gnomes and eggos. The game is a must-play mobile game.

This game is the largest multiplayer game. This game was released in 2010, genre being sports and can be run in platforms like PC, Android, iOS. This an online game and mobile-based billiard theme pool maintained by Miniclip, a games company. 8 Ball Pool was ranked as number one of one-hundred in Miniclips’s Top 100 List. The game  had become more competitive. There are cues to allow players to be able to spend their pool coins on something different. The gameplay offers different rules, entry fees, and prizes, and level up on passing each level. The physics is responsive and even accurate, you can even adjust the touch sensitivity of your pool stick. Overall it is a very fun game, you will enjoy playing this.

Apart from these Top 5 Mobile Games, there are others games too you can play such as Fortnite,  GTA, Minecraft, Among us, Subway Surfers, Clash Royale, etc.