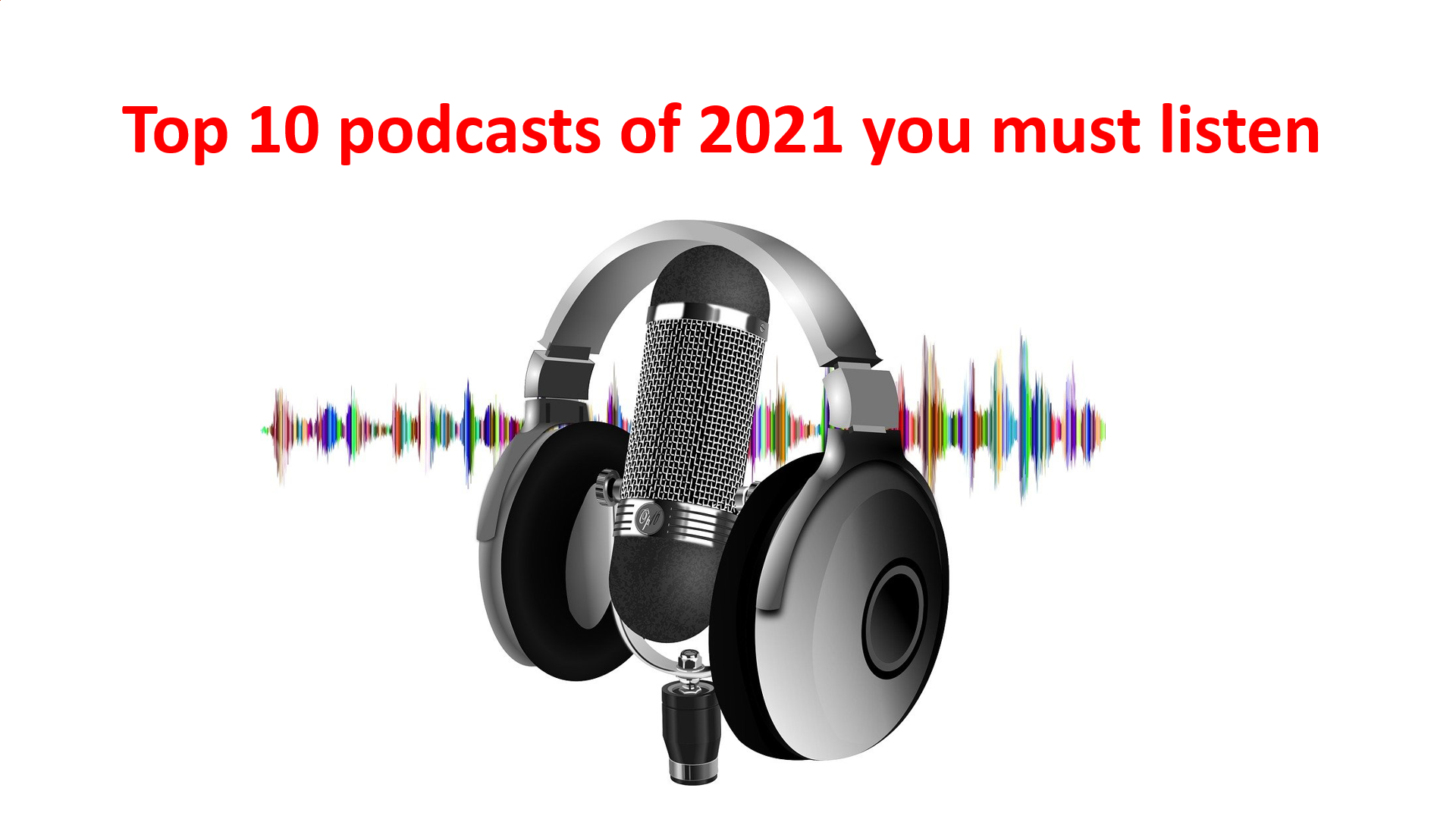 Getting through the day seems a hard task for many in this pandemic, so we need to keep our bodies, spirits and mind engaged. Over time we have been trying out various mediums to binge on and to keep us company, and also there are many ways introduced to us. One such way is a podcast that has come to occupy a unique area of real estate within the media realm. It is an episodic series of spoken word digital audio files that usually features one or more recurring hosts involved in a discussion about a particular topic or current event. Some reckon it as a daily commute lifesaver their as to others its a primary resource for consuming news.

The podcasting world is seemingly never-ending and it covers almost every topic from comedy to true crime. The podcasts include outliers of self-indulgent podcasters who are loads of incredibly smart, funny, friendly and talented voices that deserve to be heard. Whether your looking up for some history on the go or want to open your perspective on the world around you or just want a little extra company throughout your day, there’s almost guaranteed to be a podcast out there that’s right for you.

An astonishing feature of the podcast is that it can be listened to while walking, showering, cooking or cleaning, along with that most programs end up teaching us a thing or two about life, politics, science, art and more. From exciting new shows worthy of all our attention to popular pics that you might not have had time to listen to until now, here are the best podcasts of 2021 to tune into right now.

Why Don’t You Date Me?

Why don’t you date me? is acomedy and a relationship podcast hosted by Nicole Byer which first went live on December 1, 2017, on the Headgum network. The podcast features Byer and a guest discussing their love life, sex, relationship, etc. On her podcast Why Won’t You Date Me? she wants to find the answer. A show that talks about “the troubles of dating as a comedian, as a black woman, as a fat lady,” Why Won’t You Date Me? connects Byer’s personal experiences to a larger discussion about dating in today’s technology-dependent landscape.

This American Life is a long-runningweekly radio show hosted by Ira Glass produced in collaboration with Chicago public media which was first aired on November 17, 1995, under the title of Your Radio Playhouse. They broadcast it on many public radio stations in the United States and Internationally and is also available as a free weekly podcast.

How To Do Everything

Ian Chillag and Mike Danforth don’t know anything but they started the show How To Do Everything? It is a host listening to everything that the guest wants to say that is the audience like- to how to take care of the cat, how to date someone, learning about fossil etc. The show is all about the wired problem that can happen to anyone but you can’t share with anyone to look dumb, so this podcast answers all of these weird questions. “The idea of this podcast is that we don’t know how to do everything, but we find people who do,” said Chillag. Some of the guests were Supreme Court Justice Sonia Sotomayor, actor Patrick Stewart, Breaking Bad creator Vince Gilligan, and Henry “The Fonz” Winkler.

10 Things That Scare Me

10 Things That Scare Me is a tiny podcast about our biggest fears. In each episode, a person talks about his 10 biggest fear and how did he overcome some of his fear. It’s a radio-based podcast so the audience records their fear and send it to the podcaster and then they play it if it is worth it.

Christopher Paul Gethard is an American actor, a comedian that hosts Beautiful Stories From Anonymous People. It’s a weekly podcast on Earwolf in which each episode features Gethard accepting an anonymous phone call from a stranger and talking to them for an hour where Gethard is forbidden to hang up first.

The Dropout is an American podcast that is hosted by Rebecca Jarvis and follows the story of Elizabeth Holmes and Theranos. It is produced by ABC News, Taylor Dunn, Victoria Thompson, and Ashley Louszko. It was first premiered in March 2019 and is a total of 6 episodes and 1 season. The story of Elizabeth Holmes and Theranos is an unbelievable tale where ambition and fame had gone terribly wrong. How did the world’s youngest self-made female billionaire lose it all in the blink of an eye? How did the woman once considered as “The Next Steve Jobs” find herself facing criminal charges — to which she pleaded not guilty — and up to 20 years in jail? After the success of season 1, the producer is thinking of launching season 2

“1619” is a New York Times audio series, hosted by Nikole Hannah-Jones, that examines the long shadow of American slavery, connecting past and present through the oldest form of storytelling.

The daily is a daily news podcast and a radio show produced by American news New York Times and hosted by journalist Michael Barbaro. It was first presented on 1st January 2017. In this podcast host tells about “times” reporting of the day with a journalist of the New York Times. New episodes air every weekday and each episode lasting up to 20-30 minutes.

Safe At Work is an American podcast by the Wondery network and hosted by Liz Dolan who was the former head of marketing at Nike and Rico Gagliano who is a contributor to The Wall Street Journal. In this podcast hosts, the main objective is to tell the working class that how to find a balance and happiness in your career. In every episode, Liz and Rico talks with callers, business leaders and noted know-it-all who shares their hard-earned wisdom from the trenches.

Switched On Pop is an American podcast that is hosted by Charlie Harding and Nate Sloan. It this podcast the host discusses the formulas of a successful pop music which comes every Tuesday. And in every episode Charlie Harding pull back the curtain on how pop hits work their magic.

Podcasts can be influential positively and one could gain valuable words by listening to a good podcast. It is an improvised version of the radio era and is taking an additional space in our current lifestyle. The best past is that most of the podcasts are radio-based and if you’re willing to share your story or experience, then it is worth trying for.