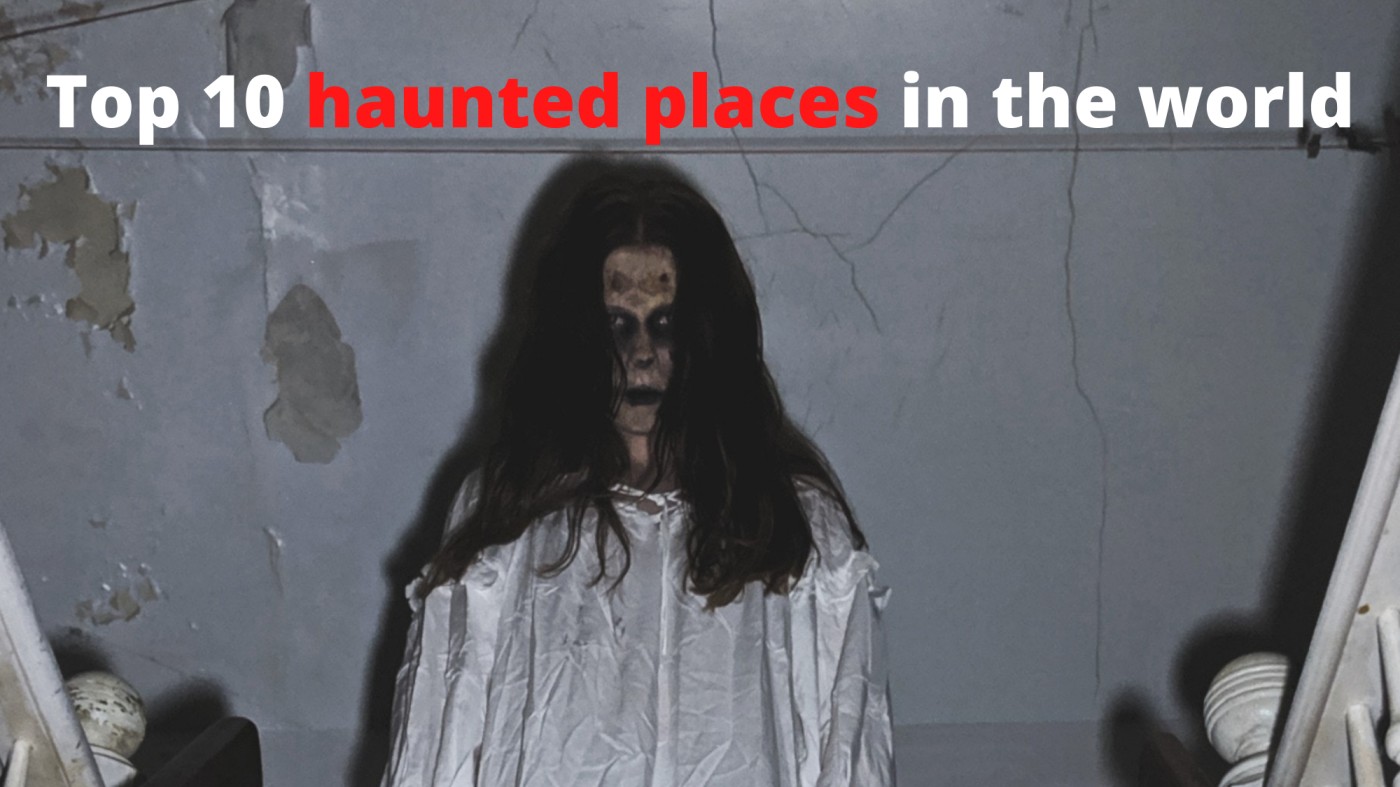 Our planet has experienced many weird things like UFO sightings in Transylvania, murders on luxury cruise ships, and ghosts wandering the halls of British castles. It doesn’t matter where you’re traveling, you will definitely find some kind of haunted site and paranormal activities along with it. From urban legends to dark pasts, these ominous and threatening places will definitely gives chills down your spine. If you are a person who doesn’t scare and loves to explore places which have some sort of an unearthly reputation, this one is for you.

Here are Top 10 Haunted places in the world

It is located in Transylvania, Romania. From the time when a military technician captured a photograph of a “UFO” levitate over the forest in 1968, since then Hoia-Baciu has gained paranormal renown around the world, with many people believing it to be a gateway that causes visitors to disappear. , According to some reports, “people who have passed through the forest without being obliterated into another realm have suffered from rashes, nausea, and feelings of anxiety”. It is also known as the “Bermuda Triangle of Transylvania”. Those uncanny curved trees that occupy all over the forest adds to its spooky atmosphere.

We all know that Venice is considered to be one of the famous travel destinations for people across the globe. But have you ever heard about Poveglia, a small abandoned island between Venice and Lido? It will definitely give you frightful chills down the spine. According to the reports, in the 20th century, this abandoned island was used as a quarantine station for people suffering from bubonic plague. Later, in 1920s, it was used as a mental asylum. Interestingly, Poveglia has been featured in several paranormal shows. The island is full of ghosts and cursed with unhealthy spirits. Voices and screams are often heard, and visitors have reported seeing dark, fleeting shadows. Many visitors say they begin to feel an oppressive evil feeling as soon as they step on the island. Visiting this abandoned island is not easily accessible but there are some tour operators that will take you around.

Bhangarh Fort is located just 100 miles southwest of Delhi. The lush ruins of Bhangarh Fort make for a curious contrast against the desert landscape of Rajasthan. Till date, the oasis remains largely uninhabited because of an alleged curse given by a disgruntled sorcerer after his advances were turned down by a local princess. People believe that if a person who enters the fort after sunset, he/she will never ever come out of it. The doors are therefore always locked after dusk. So, the entry into the Bhangarh Fort at night is absolutely restricted.

Tower of London was built by William the Conqueror in 1066. This uncompromising fortress has had many functions. It is best known for its history as a prison and execution site where Henry VIII famously ordered the execution of two of his wives, Anne Boleyn and Catherine Howard, here. It is also a place where the two young princes were imprisoned after the death of their father, King Edward IV. They disappeared shortly after in 1483, and their remains were found in 1647. Unsurprisingly, ghost stories of the Tower’s victims—and ghost tours through Historic Royal Palaces—abound

The Isla de las Munecas which is just towards south of Mexico City, is a home to terrifying dolls hanging over trees. The area has thousands of people. Many people say that many years ago, a girl was found drowned in mysterious circumstances on this island and that the dolls are possessed by her spirit. Local myth says that the dolls move their heads and arms and even opened their eyes. Dare to visit this place alone? Although, this never intended to be a tourist spot.

It was built in 1145 in Wotton-under-Edge, England. Over the centuries, Ancient Ram Inn has played many roles: a former priest’s residence, housing for masons and slaves, an inn, and a public house. With ghostly children, a high priestess, and even an incubus wandering the halls, it is one of the scariest haunted places. Many guests who visited this place have reportedly leapt from the windows in hysteria to escape.”

It was built in the 17th century by the Dutch East India Company. The Castle of Good Hope is South Africa’s oldest building. The first ghost was spotted in 1915 when the spirit of a tall gentleman was seen jumping off the side of one of the castle walls, and then walking between the bastions Leerdam and Oranje. Another ghost named “The Lady in Grey” is often seen running through the castle holding her face and crying hysterically, the ghost was not seen since a woman’s body was found during excavations. Many other mysterious events like the bell in the bell tower ringing of its own accord and the ghost of a black dog that pounces on unsuspecting visitors, then simply vanishes into thin air.

Every brick in every building has a story that goes along with it in the city like “Rome”. In few cases, these stories are absolutely frightening. One such story surrounds the place called Ponte Sisto. It is a romantic bridge spanning over the River Tiber near Rome’s city center. Local myth is that if you visit the bridge at sunrise, then you will see a charging carriage steered by the ghost of Olimpia Maidalchini, Pope Innocent X’s advisor. Hated by the Roman population, she can still be seen riding at tremendous speed, on Ponte Sisto heading towards Trastevere in a black carriage, cursing the Romans for their hate towards her. While the Ponte Sisto is closed to pedestrian traffic, you can visit the bridge as part of Dark Rome’s daily “Ghosts, Mysteries and Legends of Rome Night Walking Tour.” It is considered to be one of the most underrated haunted places in the world.

This 153 year old hotel is a place where the spirits are so active. They drove out several English national team cricket players back in 2014, who cited sudden heat and lights, and an unexplained presence during the night. Then Indian cricket team captain Sourav Ganguly also claimed that he felt an unexplained presence during night in his room at that hotel. Many reports have suggested that there are at least five ghosts in the 500-room establishment and room number 333 rumored to be the most haunted of all the rooms. Because of its huge size and lengthy history, one could potentially run into many spirits. You might have a haunting encounter with one of the Langham’s most esteemed ghostly guests, such as Napoleon III, the first president of France, or a German nobleman, who was said to kill himself in the hotel.

Nearly 2, 25,000 people visit the famous St. Augustine Lighthouse which is located in Florida, but it’s just as well-known for its ethereal visitors. There are several tragic events that occurred at this historic site which have contributed to the ostensible paranormal activity. It is believed that the ghost of a lighthouse keeper who fell to his death while painting the tower has been spotted watching over the grounds. Ever since the horrific death of three young girls, who drowned when the cart they were playing in broke and fell into the ocean, visitors have claimed that they hear the sounds of those girls playing in and around the lighthouse. 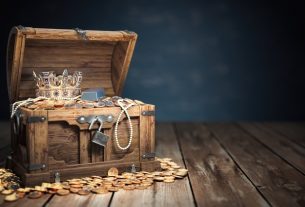 5 Hidden Treasures In India You Must Know 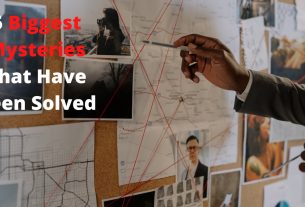 5 Biggest Mysteries That Have Been Solved 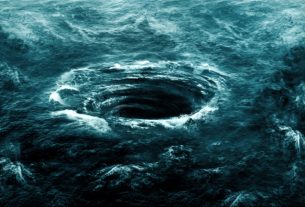 Some rare facts of Bermuda triangle – known as the devils’ triangle