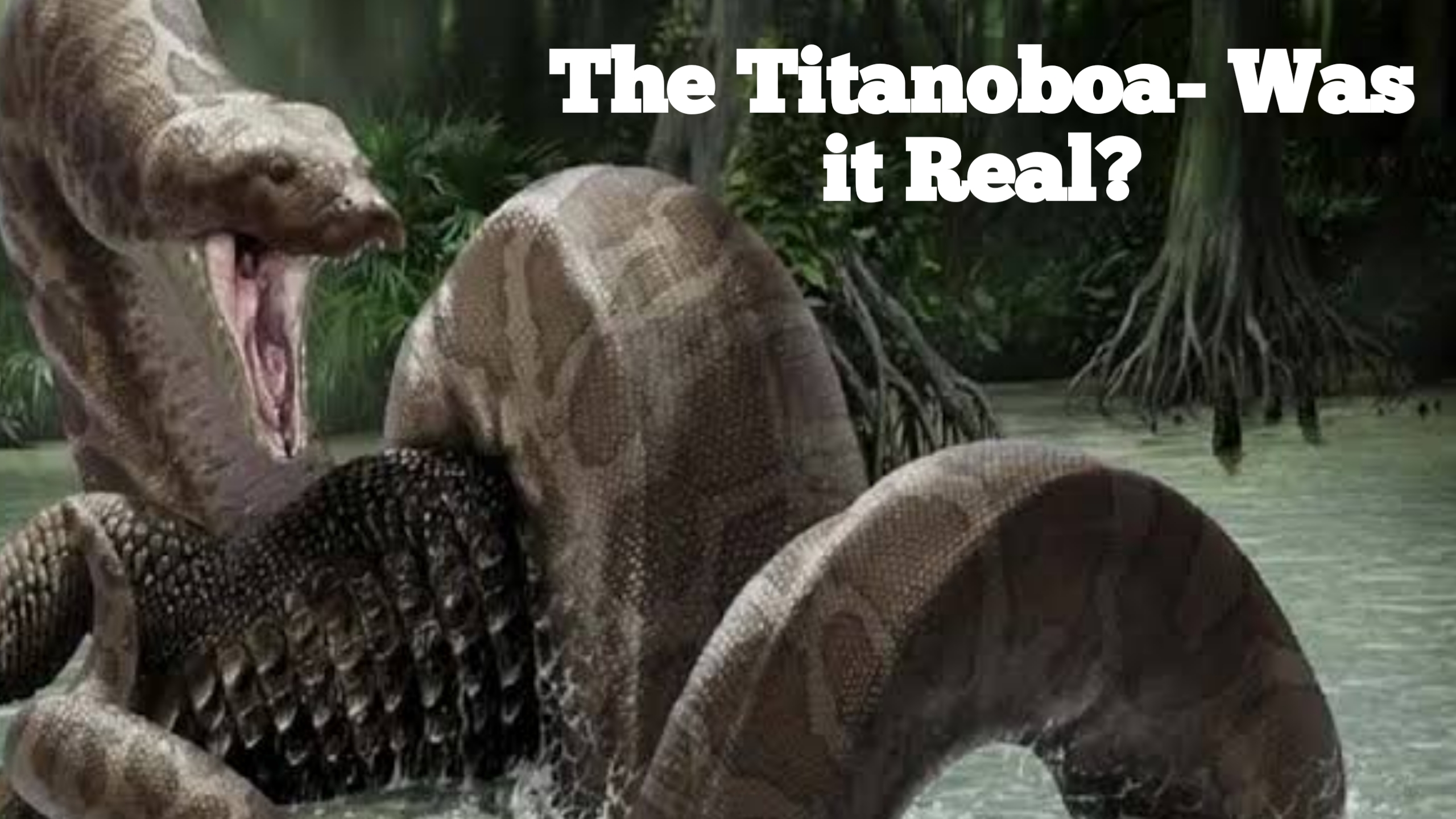 We all have heard of many creatures with gigantic proportions that lived millions of years ago on our planets such as the Megalodon, the Woolly Mammoth, and various Dinosaurs. But one such creature has been overlooked by many, a boa that was longer, wider than the widest snake knows to man today (that being the Anaconda) but one whose evidence to prove existed is so bare minimum that its presence is highly doubted, did it really live in the period of over millions of years ago where creatures of all shapes and sizes roamed the earth.The Titanoboa was described as a large snake that grew up to 12.8 meters or 42 feet long. It is estimated to be 1135 kilograms or 2500 pounds. Its fossils were found in the Cerrejón region of Colombia which dated back to 58 – 60 million years ago. Inspection of the fossils date its existence back to the mid-late Plaeocene Period (period where few dinosaurs also existed) and is said to have been wiped alongside many other species in the Cretaceous–Paleogene extinction event ( where a large asteroid-like object collided with Earth) It was given the scientific name of Titanoboa Cerrejoneis whose base name is a combination of the words Titan (a word commonly associated with the term huge/large) and Boa (the scientific name of non-venomous snakes which the Titanoboa was)It is said the Titanoboa inhabited the Amazon Forest of South America. It is said to be piscivorous (organism with primary meals of fish) like its predecessor the Anaconda as its fossils revealed that it would have a wide belly and a wide throat with its teeth being low in the count. Speaking of fossils, the only fossil found off the gigantic boa was a part of its vertebrate. Of course with the piece being huge it was thought to be a giant snake that can easily swallow many objects of average human height. Even though, this is barely enough to conclude what the creature looked like. Methods used by archeologists, to decode fossils and predict how long they lived, how big they were, from which period they existed in and even what they ate and how they adapted to the earth’s environment at the time.Its fossils date the Titanoboa to have been 3 feet wide and its fossilized feces have shown fish as its primary diet, however, studies have shown that it had crocodiles as part of its meals once in a while which is proven to easily fit inside the “presumed” Titanoboa. Its size is estimated to be a result of the extensive heat that was densely populated the earth millions of years ago which caused it to grow heavily in size. It’s was found to need large animals for its diet or a huge bunch of moderate or small-sized animals. Since it is shown to be an ancestor of Anacondas, the latter is used as a source for predicting the Titanoboas statistics. It has been compared favorably to another humongous creature with the only difference being it lived in the seas….. Megalodon Sharks. Even though both the species lived in different parts of the world at the opposite ends of the world, their similar huge sizes have contributed towards its “rivalry”. A possible accurate life-size model of the Titanoboa was created for the documentary; Titanoboa: Monster Snake which aired on 1 April 2012. It is currently on display in the Grand Central Terminal in Manhattan, New York City. The model gives people an idea of what the ginormous snake would have looked like and that the snake would have a very difficult life of survival due to its size as the modern world would not be a suitable habitat for the creature (although maybe the present Amazon Rainforest could provide a great habitat). Finally, there are its connections to the Anaconda family of snakes, which the latter was able to conclude that the Titanoboa was piscivorous, large, and lived in equatorial regions in rainforests.In conclusion, with so little evidence including fossils and findings, it is doubtful whether such a creature existed but the fact that a piece of its fossil was found shows that maybe the giant snake did indeed once roam the earth and the size of that vertebrae does indeed show that it was gigantic….

1 thought on “The Titanoboa- Was it Real?”