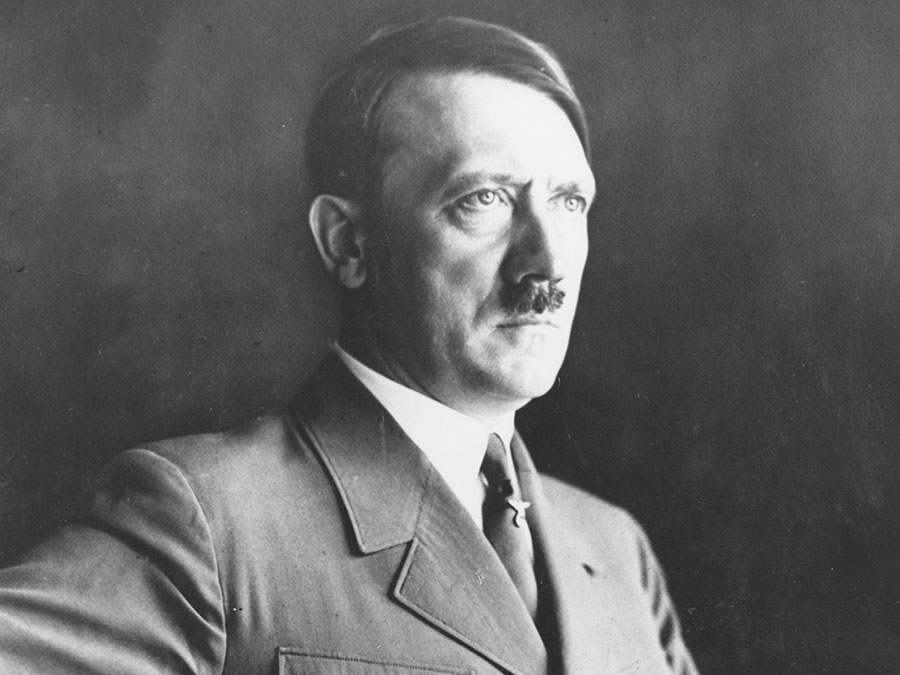 Adolf Hitler was one of the most influential and notorious dictators of the 20th century. Also known as ‘Der Fürher’ (German: The Leader), he was born on April 20, 1889, in Braunau am Inn, a small Australian town near the Austro German Frontier. He spent his childhood in Linz, the capital of Upper Austria. His father, Alois retired from a state customs service. Alois died in 1903, not wanting to follow his father’s footprints he pursued his dream of being an artist but was rejected from Vienna’s Academy of Fine Arts. Adolf was a devoted son to his mother, Klara who died in 1907 after suffering from cancer.

Being lonely and isolated, Adolf indulged himself into a voracious reader and soon gained some interest in politics. He was extremely interested in the Anti- Semitic, Nationalist Christian -Socialist Party. In 1913, Hitler moved to Munich, the German state of Bavaria. During that time the first World War broke out. He volunteered to fight for the German Army. Deployed in October 1914 to Belgium, Hitler assisted throughout. He won awards for his immense bravery and courage and won Iron Cross First Class which he wore to the end of his life. Hitler was wounded twice, one being temporarily blinded from the mustard gas attack. While he was in the hospital Germany surrendered. After the war ended his future seemed unstable.

Hitler didn’t stop though. In 1919, he attended his first meeting of the German Workers Party (DAP), he propels the party rank and in 1920 he left the army and took charge of its propaganda efforts.  Adolf Hitler was the leader of the Nazi Party ( Nationalsozialistische Deutsche Arbeiterpartei or NSDAP), with a symbol of Haken Kruz or hooked cross as the emblem. Printed in a white circle on a red background, Hitler’s Swastika takes on terrifying symbolic power in the years to come.

By the end of 1921, Hitler led the growing Nazi Party. He capitalized on widespread discontent with the Weimar Republic and the punishing terms of the Versailles Treaty. Ernst Röhm too joined the Nazis and recruited ‘ Strong Arm’ squads to protect and attack the opponents. In November 1923, Hitler proclaimed the beginning of the National Revolution and led a battle with cops. He was later imprisoned. Even with the loss, the Beer Hall Putsch established Adolf Hitler as a national figure and a wing nationalism hew.

Adolf wrote the book ‘Mein Kampf’ (My Struggle)  in prison for treason. The first volume was published in 1925. In the book, he expanded on the Nationalistic, anti-Semitic view which he developed in Vienna. The book was the best selling in Germany after Bible, by 1940 it sold millions of copies there.  The second volume of ‘Mein Kampf’ was finished by the time Hitler was released. His second book ‘The Zweites Buch’ was written in 1928 which contained his thoughts on foreign policy. The book didn’t appear until 1962 and was later published as ‘Hitler’s Secret Book’.

Aryan Race was the creative element of mankind which included Hitler’s idea of inequality among races, nations, and individuals. According to Hitler, the unit of mankind was Volk (the people). He thought rather concluded that Nazism’s greatest enemy was not a liberal demo but Marxism, beyond Marxism the enemy of all was the ‘Jew’, who Hitler beloved as ‘incarnation of evil’. In Mein Kampf, he summed Jew as “destroyer of culture”, “a parasite within the Nation”, “ a menace”. In 1930, he allied with nationalist Alfred Hugenberg against the Young Plan. The Nazi Party became the second-largest within the country. On January 30, 1933, Hitler received the chancellorship of Germany.

Adolf Hitler spent his time in Berchtesgaden accompanied by his half-sister, Angela Raubal, and her two daughters. Hitler’s infatuation and possessiveness towards his one niece, Geli RaubaI led her to commit suicide in 1931. Later he began a relationship with Eva Braun, a shop assistant from Munich, but didn’t marry her in the belief it will hamper his career. In Eva’s eyes, his unmistakable loyalty was a great virtue. Later in February 1933, The Reichstag Fire happened. Hitler has no intention to limit radical revolution.

Herman Göring and Heinrich Himmler were eager to remove Ernst Röhm, as he was the protagonist of the “Continuing revolution”. Later on the “Night of the Long Knives”, Röhm and his lieutenant were executed along with Gregor Strasser and others, the troop approved Hitler’s action. On 15th September 1935, the Nuremberg laws deprived Jews of German citizenship. The Nazis attempted to downplay. While all these things were occurring the next war took place – World War Two. In March 1936, Adolf Hitler instructed his battalion to reoccupy the left bank of the Rhine. Over the next two years, Germany made coalitions with Italy, Japan, annexed Austria, and moved against Czechoslovakia.

He names the alliance ‘Pact of Steel’ with Italy in May 1939. On September 1, 1939, Nazi troops invaded Poland, finally prompting Britain, France to, declare war on Germany. The main combatants were the Axis Power ( Germany, Japan, Italy) and the Allie (France, Great Britain, the United States, the Soviet state, and to a lesser extent China). The Allied Power was led by Winston Churchill, Joseph Stalin, Charles De Gaulle, Franklin Roosevelt, and Harry S. Truman. Whereas the Axis we’re led by Adolf Hitler, Benito Mussolini, and Hideki Tojo. World War 2 dispute involved every part of the world nearly during 1939-45. It was the greatest war.

Adolf Hitler married Eva Braun. The very next day On April 30, 1945, aged 56, Adolf committed suicide by swallowing a cyanide capsule and shooting himself, Eva died too.  Eventually, Germany surrenders to the Allied forces ending Hitler’s dream of a ‘1000-year’ Reich. His Reich lingered for 12 years. Before dying, Hitler created a will where he appointed Admiral Karl Donitz as Head of State and Goebbel as Chancellor. Hitler’s and Braun’s bodies were cremated in the chancellery garden. The Soviets reached there and removed Hitler’s ashes to prevent his supporters from creating a shrine at his final resting place. Though his rich lasted for 12 years but wreaked destruction and havoc from remaking the history of Germany, Europe, and the whole world.

Hitler was of great historical importance- not a positive judgment though, because his actions changed the course of the world. He was responsible for the war which resulted in the deaths of more than 50 million people, the Holocaust, killing millions of Jews, and others. He was a villain and a great leader indeed. To some, he was a great ruler and to others a murderer. There are many propaganda films on Adolf Hitler such as ‘Der Sieg Des Glaubens’ ( Victory of Faith) 1933, ‘Triumph des Willens’ ( Triumph of Will) 1935, Olympia 1938. He won Iron Cross 1918 and Iron Cross 1914 too. There was a memorial stone positioned outside the building of Braunau am Inn as a remembrance of the horrors of World War 2. The inscription translates as “For peace, freedom, and democracy never again fascism millions of dead warn (us)”. Ian Kershaw described Hitler as “the embodiment of modern political exit”.