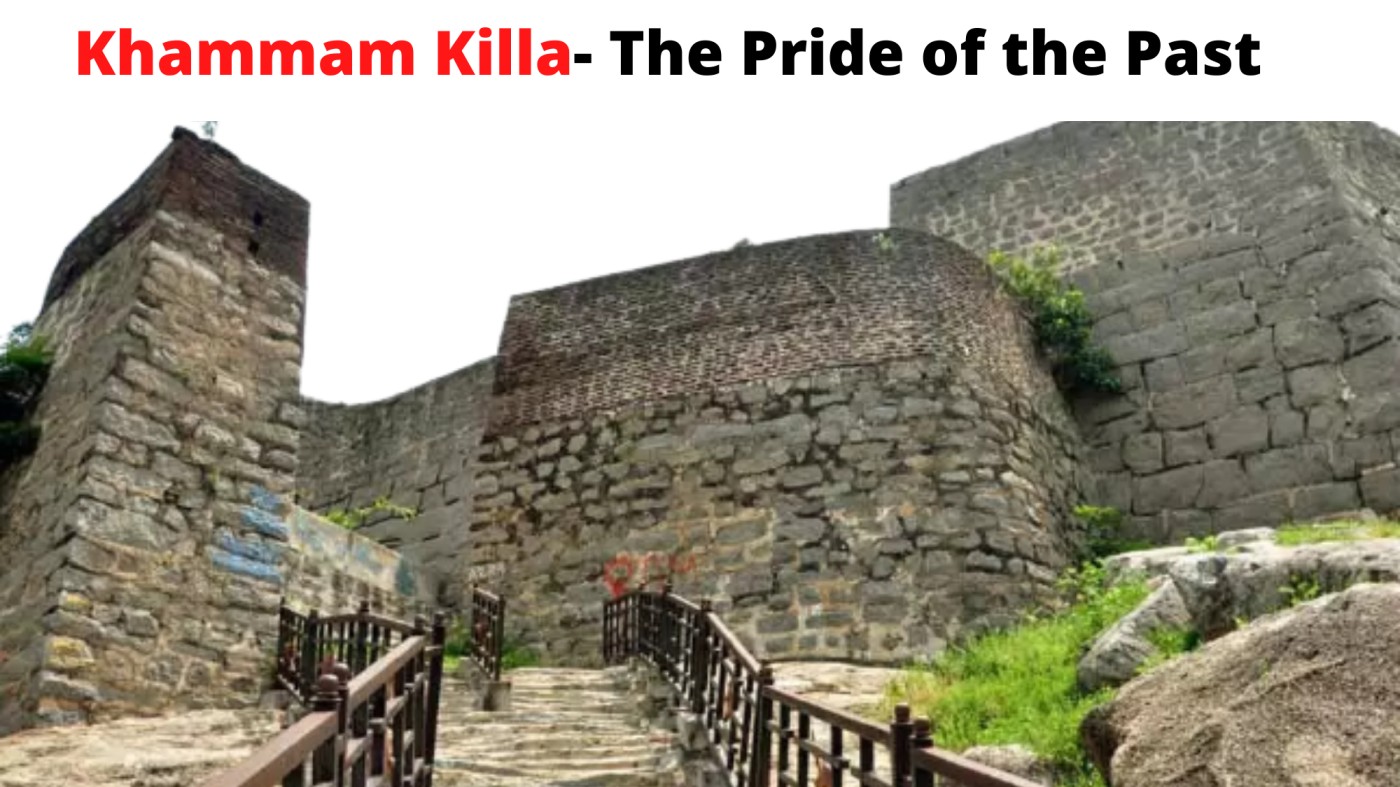 Fascinating forts are dotting different states in India with their excellent craftsmanship and proof of the glorious past. Speaking of States and the fable, let’s dive into Khammam Fort, embellished in Khammam city, Telangana, India. The fort is the gist of Khammam city. The Fort was built in 950A.D by the Kakatiya Dynasty. King Musunuri Nayak and King Velama were also involved in establishing the Fort. The Fort is situated on Stambhadri hill and serves as an impassable citadel during various empires of different dynasties including Kakatiya’s, Qutb shahi’s, and Asaf Jahi’s.

The Framework of the Fort

The fort is encircled by a huge rock fence averaging between 40-80 feet in height and 15- 20 feet in width. The height of the fort is 2844 ft. It was assembled with granite and has an area of 4 square km. The main entrance of the Fort is inferred as Khilla Darwaza (meaning fort gate in Urdu) which is 30 feet tall and has two cannons on either side, they are built in such that that the effect of cannonball cannot break it. The second entrance of the form is known as Raathi Darwaza (meaning stone entrance in Urdu) or Potha Darwaza.

The Fort has ten large gates most of them in a bad condition now. The fort has a capacity of mounting at least 60 cannons at a moment. There are balconies and windows along the Wall to use the artillery during the war. There are steps on each bastion to enter the Fort. It also has a huge rainwater catchment area and well constructed during the period of ‘Zafar-ud-doula’ who was well known for the construction of tanks in the Qutb Shahi Dynasty. The massive tank is also known as the ‘Zafar Well’. The walls were built with the use of bricks and limestone.

On entering the Khilla Darwaza one can see the Fort at a distance of 300 feet. There are small steps carved down out of this hill to reach the top of the hill fort. The Fort has at least 15 bastions constructed with two massive walls. A 15- foot deep trench is dug in some places to stock and use as a hiding place. A permanent Gallows has also been composed on the hill fort. The gallows appear like a well due to which the locals call this ‘Nethi bhavi’ (meaning ghee well). The Fort is believed to have secret tunnels that lead to Warangal Fort with different numerous other entrances in different locations.

The Fort replicates the cultures of both Hindu and Muslim rulers who dictated the fort city. There are numerous mandaps and shrines inside the fort.  The  Sri  Ramalingeshwara Temple is one of the oldest shivas temples and the Lakshmi Narasimha Swami Temple is one of the ancient Hindu temples other than the Fort itself. The Fort also has Masjid and Mahal involving Ashoor Khanas created during the Nizam period. Many additional places of worship have been constructed in and around the Fort such as the Khilla   Masjid. There are places other than the Fort which people can explore such as Palair Lake and Sri Venkateshwara Swamy Temple which is located in the district itself.

Palair Lake is a man-made lake which is situated in Palair village. The distance is not over 30 km from Khammam. The lake is fascinating as a natural Lake. It is also a popular tourist interest. Sri Venkateshwara Swamy Temple is located in Jamalapuram, at a distance of 79 km from Khammam. The presiding godhead in this temple is Lord Balaji. The shrine also boasts as sub-shrines for Lord Shiva, Lord Ganesh, Lord Ayyappa, etc. The shrine is also named ‘Khammam Chinna Tirupati’. As this temple is in a comforting atmosphere, it brims with visitors.

The Archaeological Survey of India sustained the Khammam Killa in 2005. The Fort still stands with all the glory and pride of the past with a blend of different styles of architecture and strength. The importance of this Fort is not just for Khammam city but also the entire state. The Fort lately celebrated 1000 years of its construction.