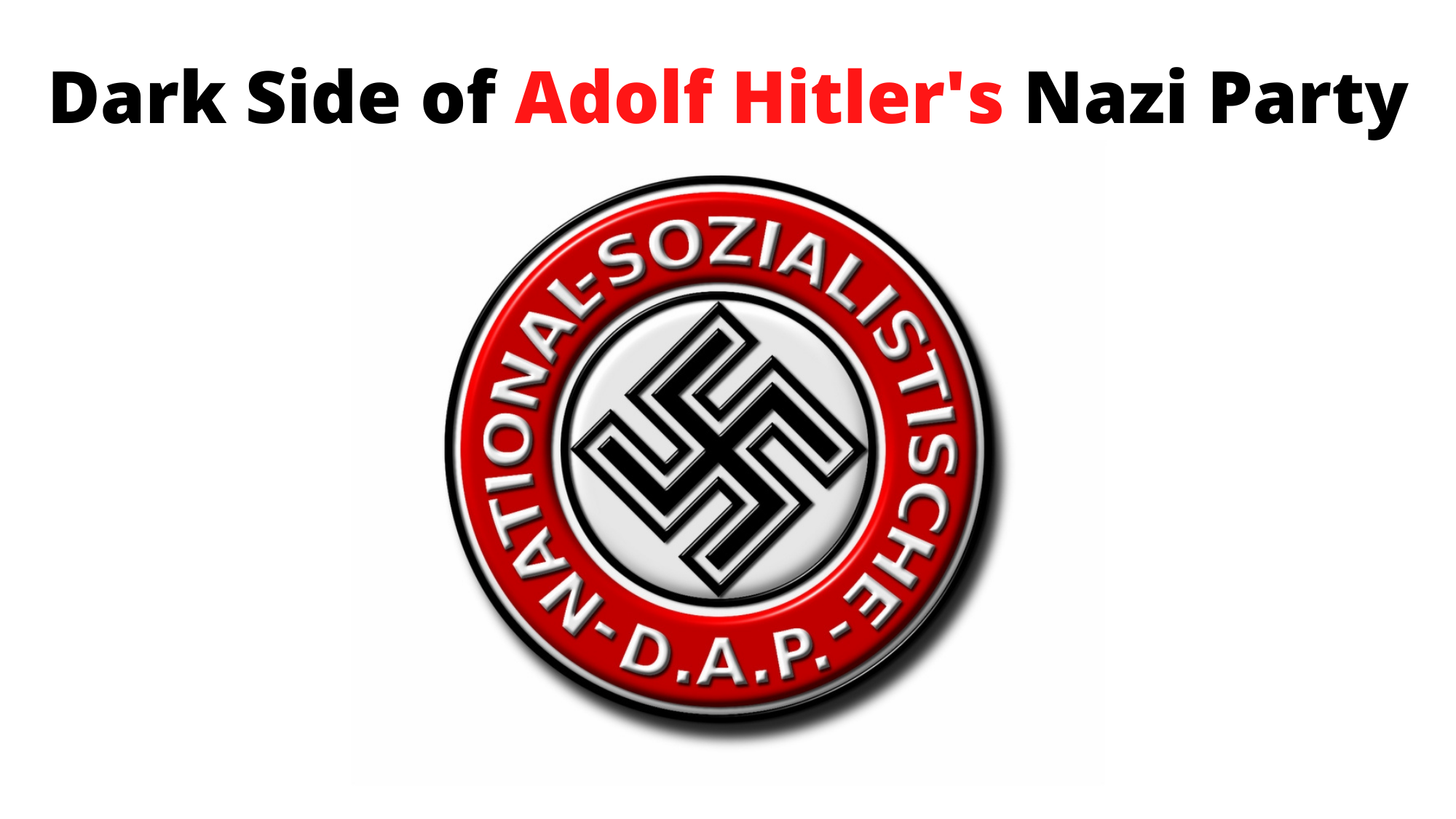 Adolf Hitler gave his service in the German Army and after his service in the Army, He reintegrating into civilian society. He eagerly accepted a job serving the Army as a civilian spy and informant. Hitler was instructed just to simply attend meetings as a non-descript observer and he was able to accomplish this role after that Hitler was approached in the meeting by Drexler who asked Hitler to join the party. Hitler accepted and resigned from the job role of the German Army.

Hitler becomes a member of the Party Central Committee and in January 1920 he was appointed as a Chief of Propaganda. After a month Hitler organized a rally in Munich over 2000 people attended the rally. Hitler made a famous speech at this event likewise Hitler’s impressing rallies make many members join the party and on July 28 1921 Hitler was elected as a party leader. He got popularity due to hateful pro-Nazi speeches. Imprisoned for Treason also wrote Mien Kampf in Jail.

Dark Side of Hitler’s Party

There are following things of Hitler’s characters which are also known for the Dark Side of the Nazi party. He used aggressive foreign policy reason of World war 2 also responsible for Hepocaust had a longstanding hatred for Jewish people. September 1, 1989, Germany invaded Poland’s alliance with Italy and Japan’s axis powers. invades Russia, and loses at Stalingrad. D-day spells the end of Hitler. Hitler was a madman who somehow hypnotized millions of ordinary German to do things against their better judgment.

Hitler had an overriding ambition for territorial expansion, which was largely driven by his desire to reunify the German peoples and his pursuit of Lebensraum, a “living space” that would enable Germans to become economically self-sufficient and militarily secure. Such goals were greeted with support by many within Germany who resented the harsh terms of the Treaty of Versailles, which had ended World War 1.

Through various means, he was able to annex Austria and Czechoslovakia with little resistance in 1938–39. Then on September 1, 1939, Germany invaded Poland, which had been guaranteed French and British military support should such an event occur. Two days later both countries declared war on Germany, launching World War 2. Hitler already showed traits that characterized his later life: loneliness and secretiveness, a bohemian mode of everyday existence, and hatred of cosmopolitanism and of the multinational character of Vienna.

· An angry hater, not a lover

· Testicular defect; had syphilis; did not have normal married, family, or sexual life

· Enjoyed the First World War, then probably cracked up in 1918; mentally unstable when under great pressure

· Gambled too long with other European powers

· Saw himself as military genius; did not take sound advice very well; overconfidence caused him to invade the Soviet Union and set Germany up for defeat

· Became a drug addict & had insomnia during the Second World War