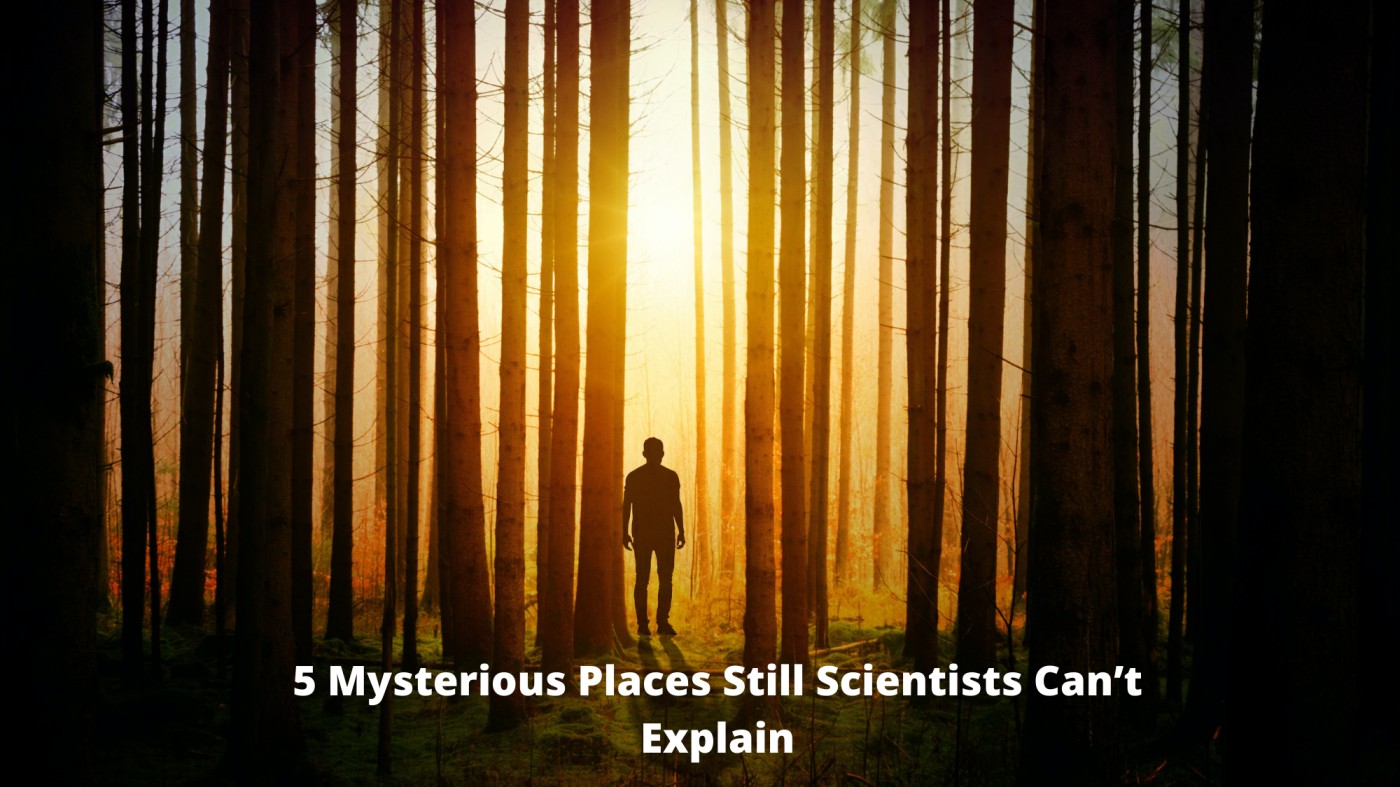 Earth is a wonderful place that never ceases to astonish people with its great natural wonders and jaw-dropping man-made wonders. But our planet is also a place with its fair share of mysteries. If you are ever fascinated by the places with mythical origins or unexplained phenomena that will give you cold shivers, where you will be definitely attracted to these mysterious spots around the world. The planet is dotted with places that are surreal, eerie, and sometimes downright bizarre. And, while many of these mysterious goings-on have logical explanations, but other places remain mysteriously unsolved.

The Bermuda Triangle is considered to be one of the most mysterious places in the world. Its area spreads over 500,000 square miles in the Atlantic Ocean between Puerto Rico, Bermuda, and Miami, Florida. It is a place where over 20 planes and 50 ships are said to have mysteriously vanished or crashed without explanation. Though vessels pass through the area with ease every day and there are no more disappearances in the Bermuda Triangle than in any other large, well-traveled area of the ocean, the unexplained accidents have still captured the public imagination. Still, the scientists are scratching their heads to solve the mystery behind this place.

Nazca Lines in Peru is considered to be another mysterious place that is unsolved. Spreading their way across the dusty desert landscapes of southern Peru, the Nazca Lines are amongst the most mysterious and exceptional prehistoric remains in all of South America. This place typically takes a backseat to the country’s other major tourists. Many visitors do visit this place and most of them opt to fly over the place and see this wonder from above, which is when the curious geo glyphs depicting spiders and monkeys come into full view. It is now a UNESCO World Heritage Site and no one really knows why they were made by the ancient Nazca people.  Ancient Nazca culture was prehistoric, which means they left no written records. The purpose of the lines continues to elude researchers and remains a matter of conjecture and mystery.

Dragon Triangle is inspired by the infamous Devil’s Sea also known as the Dragon’s Triangle. Dragon’s Triangle is a region of the Pacific around Miyake Island, which is about 100 km south of Tokyo. The size and area varied with various reports placing it 70 miles (110 km) from an unspecified part of Japan’s east coast, 300 miles (480 km) from the coast, and even near Iwo Jima, 750 miles (1,210 km) from the coast.

This area is considered to be a danger zone on Japanese maps, People states that in the peacetime years between 1952-54 Japan lost 5 military vessels with crews lost totaling over 700 people and that the Japanese government sent a research vessel boarded by over 100 scientists to study the Devil’s Sea, and that this ship too vanished; and finally that the area was officially declared a danger zone. According to Larry Kusche’s investigation, these “military vessels” were fishing vessels, and some of them were lost outside the Devil’s Sea, even as far as near Iwo Jima, 1000 km to the south. He also points out that, at that time, hundreds of fishing boats were lost around Japan every year.

The Crooked Forest is a grove of 400 oddly shaped pine trees located near the town of Gryfino, West Pomerania in Poland. This forest lives up to its name, with many peculiar pine trees. Several hundred pine trees were planted there in the 1930s and grew with an almost 90-degree bend at their base, making them look like fishing hooks. Some people believe that it is a technique or human tool was actually used to make the trees curve this way, while others speculate that a winter snowstorm or some other damage could have given this fascinating forest its interesting shape. Many arborists are studying these trees to know the actual reason behind it. But, they couldn’t.

The Great Pyramid of Giza, Egypt

The Great Pyramid of Giza has been captivating mankind for thousands of years. The only one of the seven wonders of the ancient world that’s still intact, it continues to be one of the most visited tourist attractions on Earth. Many researchers made the discovery using high-tech devices that typically are used only for experiments in particle physics. (That’s the study of particles smaller than atoms.) The detectors scouted for particles streaming from outer space through the ancient structure’s thick stone. This search turned up a previously unknown empty space, or void. That unknown chamber is the first major structure discovered inside the roughly 4,500-year-old Great Pyramid since the 19th century. The newfound void may make up one or more rooms or corridors in the pyramid. But the researchers can’t tell yet, for sure. Why? The particle detectors revealed only the rough size of the void, not details of its shape. Visitors and scholars alike are still baffled by how the 455-foot-tall pyramid was created without modern tools; although common theories are that they were constructed using some type of ramp system. But how this huge monument built is still a mystery.