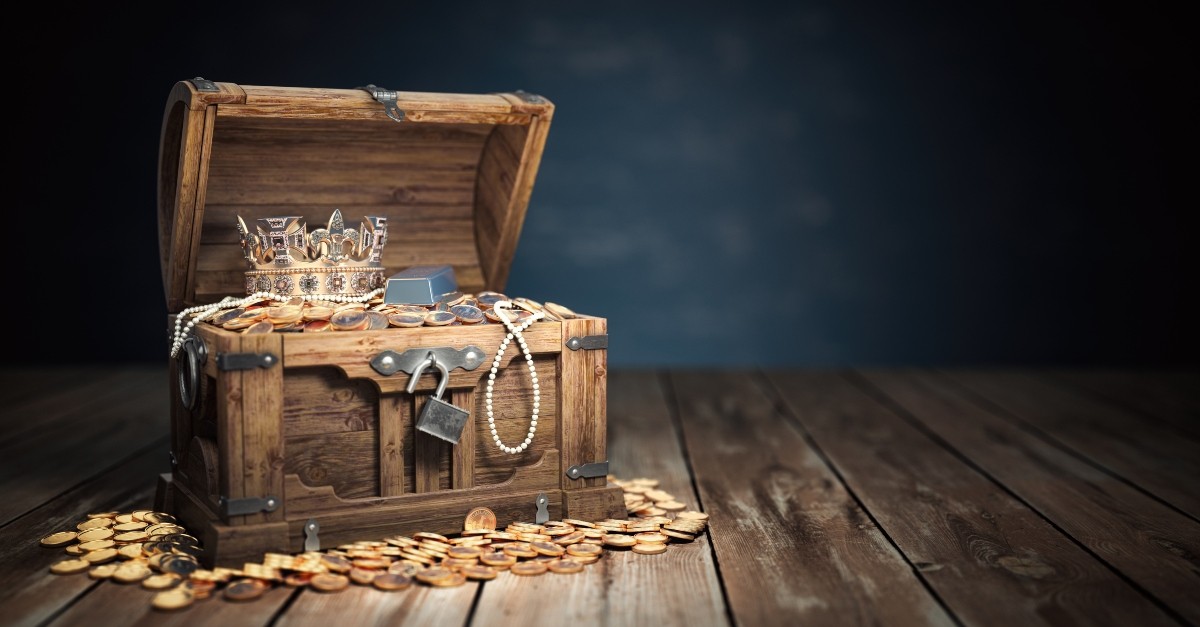 Treasure is a collection of a huge amount of wealth like diamonds, gold, rubies, money and other precious things that’s mysterious or hidden or unknown. Known for its hidden treasures earlier, India was also called ‘sone ki chidiya’ or the golden bird. That’s the reason why the Portuguese, Dutch and the East India company wanted to set their feet on this place ages back. Even today there is much hidden wealth in India. Let us know about some of them.

Located in the city of Thiruvananthapuram, Swamy Padmanabha Swamy hides a huge amount of wealth and jewels hidden behind the doors of the mysterious vault B. In 2011, the Indian bureaucracy opened five vaults. They found many crowns, diamonds, pearls and a huge amount of precious stones. Vault B remains uncovered. Some people believe that vault B has more treasure than all other vaults combined.

This is a royal palace in Hyderabad. It was built by Kamal khan for his personal use but later, Sir Mir Osman Ali khan bought it. The palace was guided by Police and the Nizam lived here until his death in the year 1967. He was named as the fifth all-time richest person by Forbes and TIME magazine. According to sources, precious jewellery like diamonds, rubies, sapphires, pearls, and gems are stored in steel trunks inside the palace. It is underground in the palace. But the quest to find it is still undiscovered.

Speaking – the store of gold is a set of two artificial caves on the foothills of Vaibhar Hills. Beliefs suggest a Jain sage built it in Rajgir. The sculpture and inscriptions reflect the Mauryan empire influence. It is home to a precious hidden treasure There are inscriptions written on the walls of the caves but they remain undeciphered to date. Several people attempted to find it out but no one was able to crack the mystery. For instance, Alexander Cunningham tried to conduct a survey and find the treasure. He mentioned the connection of the caves to Buddhism. The exciting archaeology and the mystique of the golden treasure attract visitors from all across the globe.

The fort was named after its maker Jai Singh II. It was a hardcore military fort. These forts had water tanks for storing water. The king stored his treasuries and weapons that he won during battles. He kept them hidden. People believed that he stored it in these tanks. But in 1971, when the Indian government checked them then they found nothing. And the mystery remains unresolved: where did the Raja hide his wealth from other Rulers and dynasties.  The classiness of the fort and the mystery makes it a striking place for hunting in Rajasthan.

This tunnel connects the Golconda fort and Charminar. Sultan Mohammad Quli Qutub Shah constructed it. The reason behind its construction was to provide an easy and clear secret passage for the Roya family to exit when attacked. The tunnel is 30 feet deep and 15 feet wide. There is a possibility that the king stored treasures here. But no one has been able to explore it or discover it.

The idea of Treasure Hunts, usually makes them curious and excites them to explore new things. But we should not forget that there is a lot of risk and mystery behind every such myth about wealth.