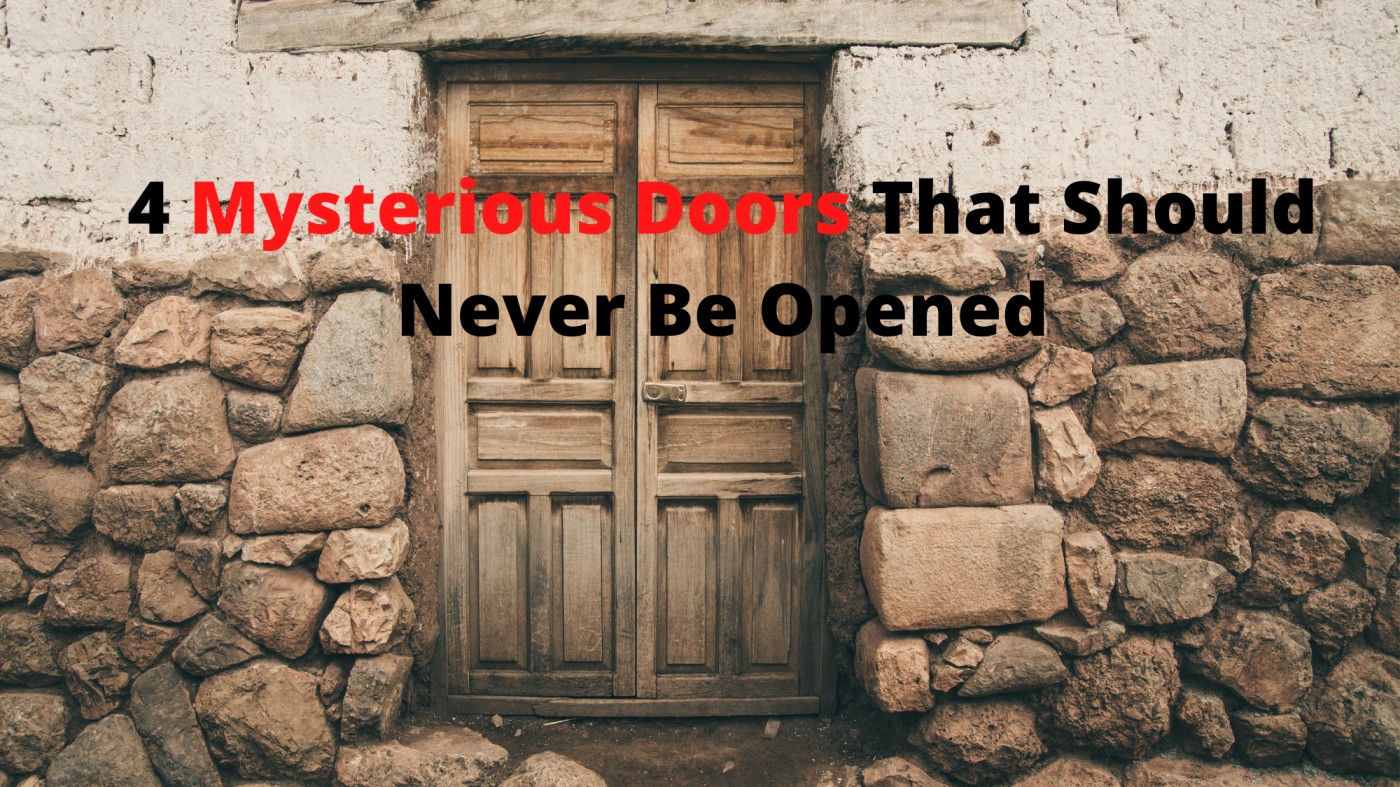 The world is filled with numerous types of mysteries and conundrums. There are many hidden places in this world and it’s human nature to explore these prohibited places. Among these various conundrums, some are left unsolved. There are some of the locked doors in this world which are more tantalizing and peculiar presenting a fascinating paradox. Below, are the four most fascinating and mysterious locked doors which are sealed for ages for one of the other reasons.

The door of this temple has not been opened since the 16th century. This temple is situated in Trivandrum and is a holy shrine to the Hindu God, Maha Vishnu. This 16th-century temple was modernized later by the Kings of Travancore. The temple has six vaults A to F, and one of the chambers continues to remain locked. One Trillion Dollar hidden treasure including gold, jewel, coins, and idols were discovered from these vaults in 2015.

The 6th vault is kept closed even today with a decoration of two cobras on the gate with no bolt showing that the vault is guarded by the cobras. It is heard that in1930s some of the temple intruders tried to enter the vault but failed because of the terrible cobras that surprisingly came out. It is also believed that the temple is guarded by a deadly curse that can only be opened by the priest with the knowledge of ‘Garuda Mantra’. Many people are still trying to open it, but some believe it should better be left alone.

The beautiful tomb Taj Mahal, built by Shah Jahan, also have few mysterious doors locked for years. It is of 1089 rooms but some are hidden from the public. It is said that the rooms are made of marbles and if explored to carbon dioxide it could be turned into calcium carbonate which can subside the four towers that are around the Taj Mahal. Therefore, there are ventilators in these rooms.It is also believed by some that Mumtaz Mahal is buried in one of these rooms and her dead body is present there in the same state in which she was when she died. It is unbelievable that this beautiful monument ‘Taj Mahal’ can have such incredible mysteries.

The Great Sphinx of Giza

This is one of Egypt’s most historic sites, with a legendary creature with a lion’s body and human’s head. It was erected 4500 years ago and took almost 100 workers and probably 3 years to complete it. This is one of history’s peculiar locked doors at the depth of 25 feet with two rectangular chambers. These chambers were discovered b seismographs and are located under the Sphinx’s paws. Investigators found that there is two doorway to these compartments but they are occluded by the government. What lies behind the doors remains a secret, as further investigations are prohibited. Some hypothesis believe that the chamber will lead to the hall of peculiar records that contain scrolled documents in which there is evidence of the Atlantis which was recorded by the Egyptians.

Only the temples and the monuments aren’t the places where one can discover the mysterious locked doors, but even a hotel room can be the horror place to compel its owner to seal it. This beautiful hotel is located in Canada with peaceful and attractive surroundings. However, there is a great mystery behind the solemn hotel. Many ghost stories turned up over the years in this hotel but aside from these stories, it has a mysterious room 873, where no guest is allowed to enter the room, not even the employees of the hotel. And even how could one enter when there is no door to this room.

Room 873 is on the 8th floor which is mysteriously missing. This room has a long stretched wall at the spot where the door was supposed to be. If one knocks on the wall it sounds hollow which confirms a room behind the wall. It is said that in 1928, a married pair with their daughter checked in but all of them were deceased. At night, the man murdered his wife and daughter and lastly killed himself. From that day whoever guest booked that room, complaint about screams and bloody handprints on the mirror and therefore, the room was sealed.